When is the first day of summer and why does it differ each year? Not only does this day mark the beginning of summer here in the United State, but across the globe, different cultures celebrate the solstice with different and interesting traditions for this change of the seasons. The first day of summer arrives with the solstice on Sunday, June 20, 2021 at 11:32 p.m. … END_OF_DOCUMENT_TOKEN_TO_BE_REPLACED

JUNE 25th-26th, 2021 Friday & Saturday 10:00 am – 5:00 pm This annual tour features some of Beaufort’s beautiful private homes, glorious gardens, multiple local churches, and artists’ studios throughout the town, as well as the authentically restored buildings and grounds of the Beaufort Historic Site. Thank you to our dedicated homeowners who are opening their doors … END_OF_DOCUMENT_TOKEN_TO_BE_REPLACED 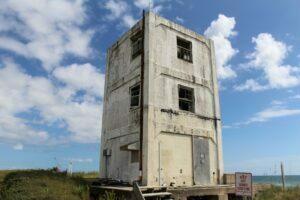 Not long after the end of WWII, from 1946 to 1948, the United States began a program testing rockets to be used in modern jet propulsion, spacecraft, and missiles. The program, “Operation Bumblebee” was named because, like the missiles of the time, bumblebees should not be able to fly. Back then Topsail Island was a barren barrier island without homes, stores, or even … END_OF_DOCUMENT_TOKEN_TO_BE_REPLACED

2021 marks the 84th Anniversary of The Lost Colony - a live, outdoor production commemorating the history of the first English colonies in North America on Roanoke Island, North Carolina. Millions have seen the compelling story that celebrates the 117 English men, women, and children whose dream still lives on in this American original.   About The Lost Colony In … END_OF_DOCUMENT_TOKEN_TO_BE_REPLACED