Spanish Moss clinging to Live Oak Trees is imagery connected to the South. We see it swaying along with the tree limbs and picture old Southern Plantations and ornate Southern gardens. And while it does grow in the Southeast from Virginia and the Carolinas down to Alabama and all the way over to Texas, it actually grows just about everywhere. 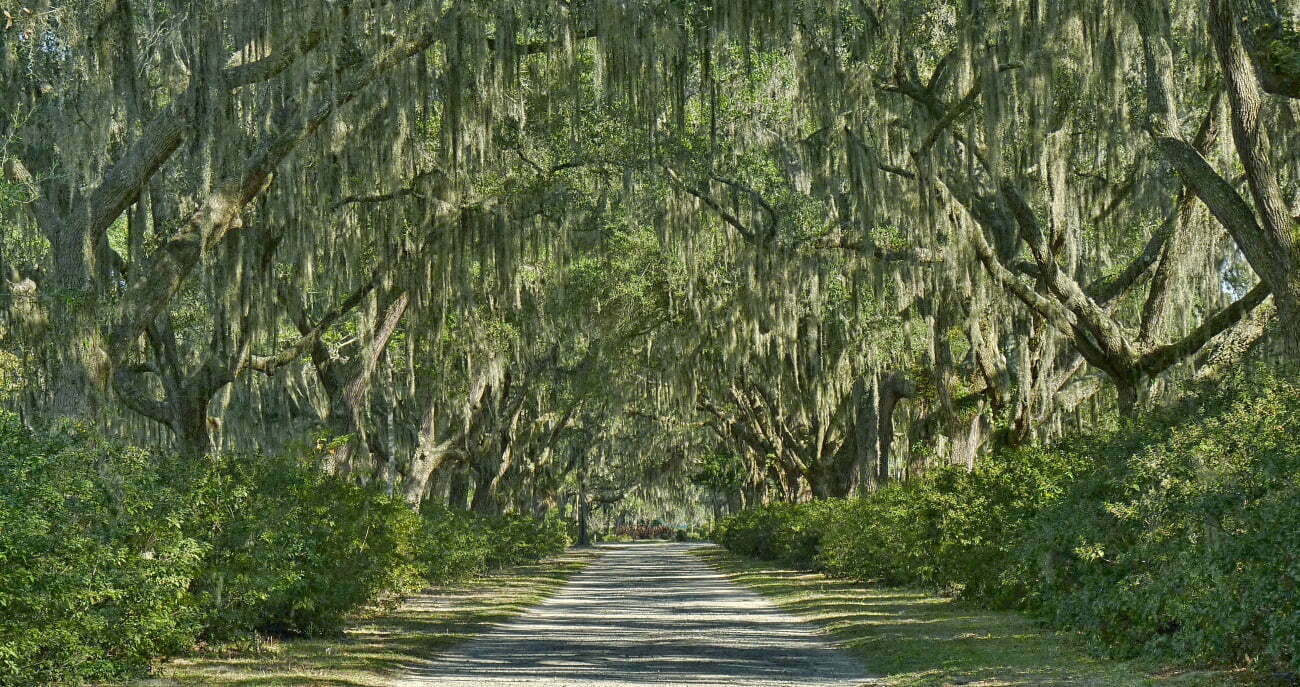 The plant consists of one or more slender stems bearing alternate thin, curved or curly, heavily scaled leaves that grow vegetatively in a chain-like fashion, forming hanging structures. The plant has no aerial roots and its brown, green, yellow, or grey flowers are tiny and inconspicuous. It propagates both by seed and vegetatively by fragments that blow on the wind and stick to tree limbs or are carried by birds as nesting material.

Spanish Moss, actually not technically moss at all, is a bromeliad, a tiny epiphyte that clings to itself as it dangles from tree limbs, gulping moisture and nutrients from the air and rainfall. Bromeliads include plants like pineapples and succulents.

And just as Spanish Moss is not moss it’s also not from Spain. It’s native to Mexico, Central America, South America, the U.S., and the Caribbean. In the U.S., it grows from Texas to Virginia, staying in the moister areas of the South. Its preferred habitat is a healthy tree in tropical swampland. 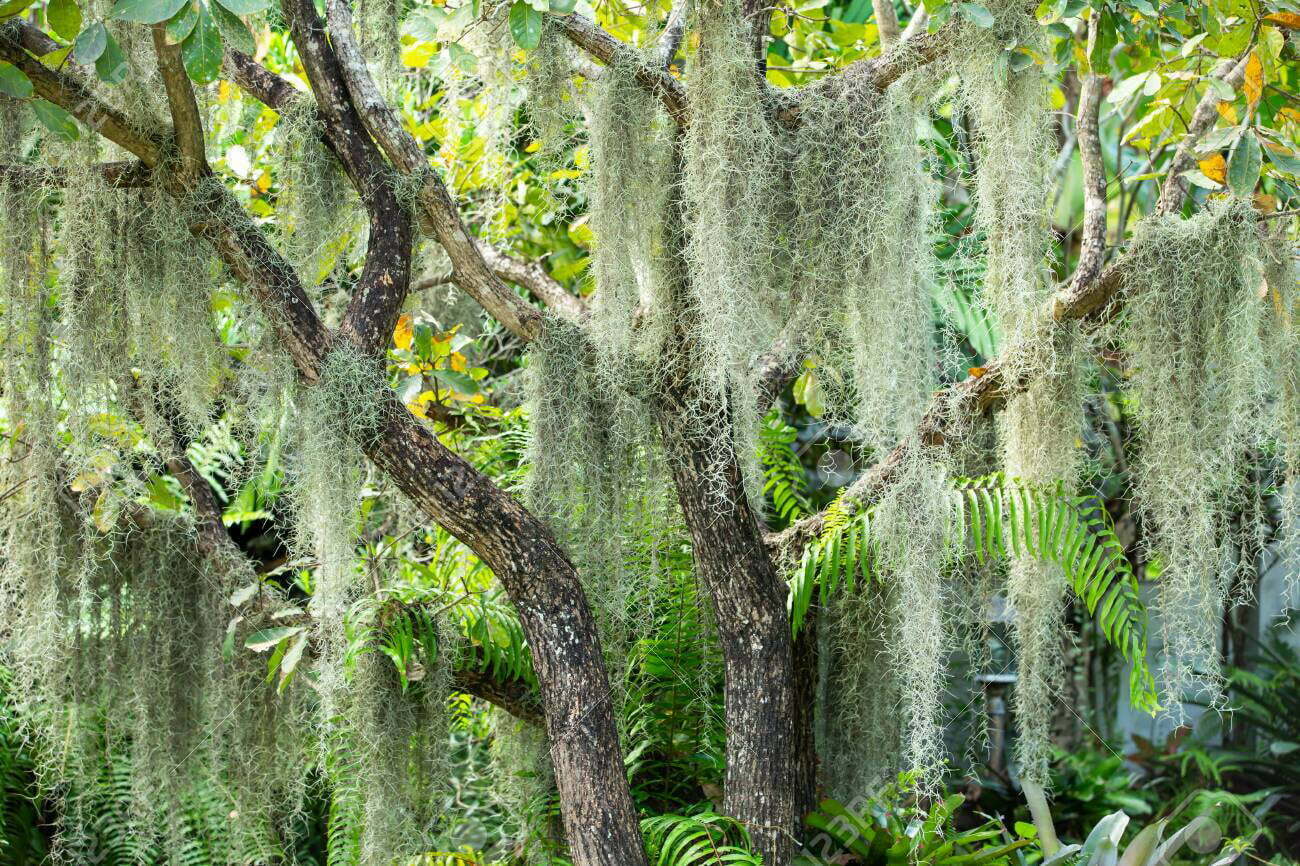 A common misconception about Spanish Moss is that it is a parasite because it appears to grow on trees. However it isn’t, Spanish moss doesn’t put down roots in the tree it grows on, nor does it take nutrients from it. The plant thrives on rain and fog, sunlight, and airborne or waterborne dust, and debris.

The surface of the Spanish moss plant is covered with tiny gray scales, which trap water until the plant can absorb it. The plant’s tissues can hold more water than the plant needs, to keep it going through dry periods. When the tissues plump up after a rain, Spanish moss appears more greenish shade. As the water is used, it returns to a gray hue.

Spanish moss produces seeds similar to many other plants and flowers, the seeds of the moss have feathery appendages like dandelion seeds. This allows them to float through the air until they land on a good spot to grow: another tree.

Spanish Moss also propagates by fragmented pieces of the plant called festoons. When a festoon is broken off and carried off by wind or birds (using it for nest material), it will begin to grow into a full plant if it lands in an acceptable environment.

What’s In A Name?

Spanish moss was given its name by French explorers. Native Americans told them the plant was called Itla-Okla, which meant “tree hair.” The French were reminded of the Spanish conquistadors’ long beards, so they called it Barbe Espagnol, or “Spanish Beard.” The Spaniards got their revenge by calling the plant Cabello Francés, or “French Hair.” The French name won out, and as time went on Spanish Beard changed to Spanish moss. It has also been known as “graybeard” and “tree hair,” but the name Spanish Moss seems to have stuck.

What Is It Good For?

Spanish moss doesn’t make good food for animals, because it has almost no nutritive value. But it has a lot of other uses. Native American women used it for dresses in the past. American colonists mixed Spanish moss with mud to make mortar for their houses—some of which are still standing strong. Dried moss makes good tinder for fires, and you can make it into blankets, rope, and mattress filling. Mattresses filled with Spanish moss are noted for staying cool on a warm summer night. Because it soaks up and retains water, it is also used for garden mulch.

Spanish moss has also been used for building insulation, mulch, packing material, and in the early 1900s it was used commercially in the padding of car seats. It’s typically used today in gardening arrangements, craft projects, or can be manufactured to absorb excess moisture in the air.

Many kinds of wildlife take advantage of Spanish moss. Birds use it to build nests. Frogs and spiders live in it. Boll weevils are especially drawn to Spanish moss, but moths are not, which is one reason it was preferred over wool in upholstery before synthetic fibers replaced both.

Information and photos gathered from Mental Floss and Bromeliads.info