With more than 5,000 ships have sunk in the waters off of the North Carolina coast since record keeping began in 1526, our region deserves an exhibit recognizing the role of shipwrecks have played in our history. 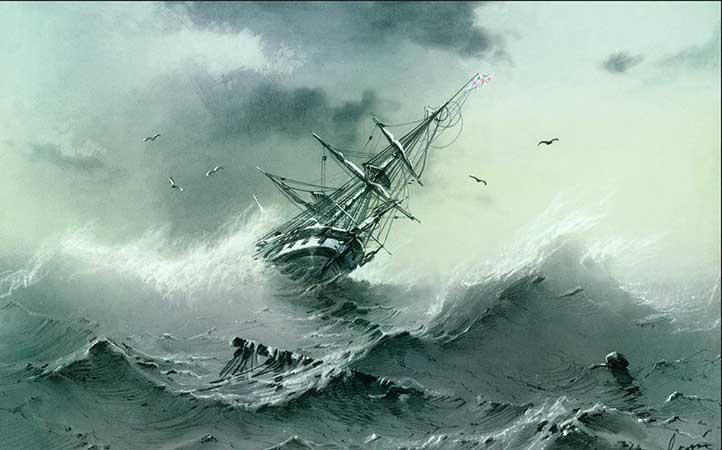 The first recorded shipwreck off the coast of North Carolina was in the early 16th century. This wreck was reported in 1526, off the mouth of Cape Fear River.

The large numbers of explorers who came to the area in subsequent years had to travel through the rough waters to get to the coast of North Carolina. In June of 1718, Edward Teach — better known as Blackbeard the pirate — ran his flagship, the Queen Anne’s Revenge, aground near present day Beaufort Inlet, NC.

Thirty two years later, in August of 1750, at least three Spanish merchantmen ran aground in off North Carolina during a hurricane.

During WWII, German U-boats would sit offshore and silhouette passing freighters and tankers against the lights onshore.

Dozens of ships along the North Carolina coast were torpedoed by submarines in this fashion in what became known as Torpedo Alley.

The most recent ship lost was on October 29, 2012: the Bounty sank off Cape Hatteras. when Hurricane Sandy passed through. Two people were pronounced dead from the accident.

The shipwreck of a large iron-hulled Civil War era steamer has been recently discovered in the Atlantic Ocean off the coast of North Carolina, near Oak Island.