Oyster season in North Carolina starts in October and runs through the end of March. So it’s time to get busy with oyster roasts before the season ends!

Here on the coast it’s a local tradition southerners look forward to all year long. 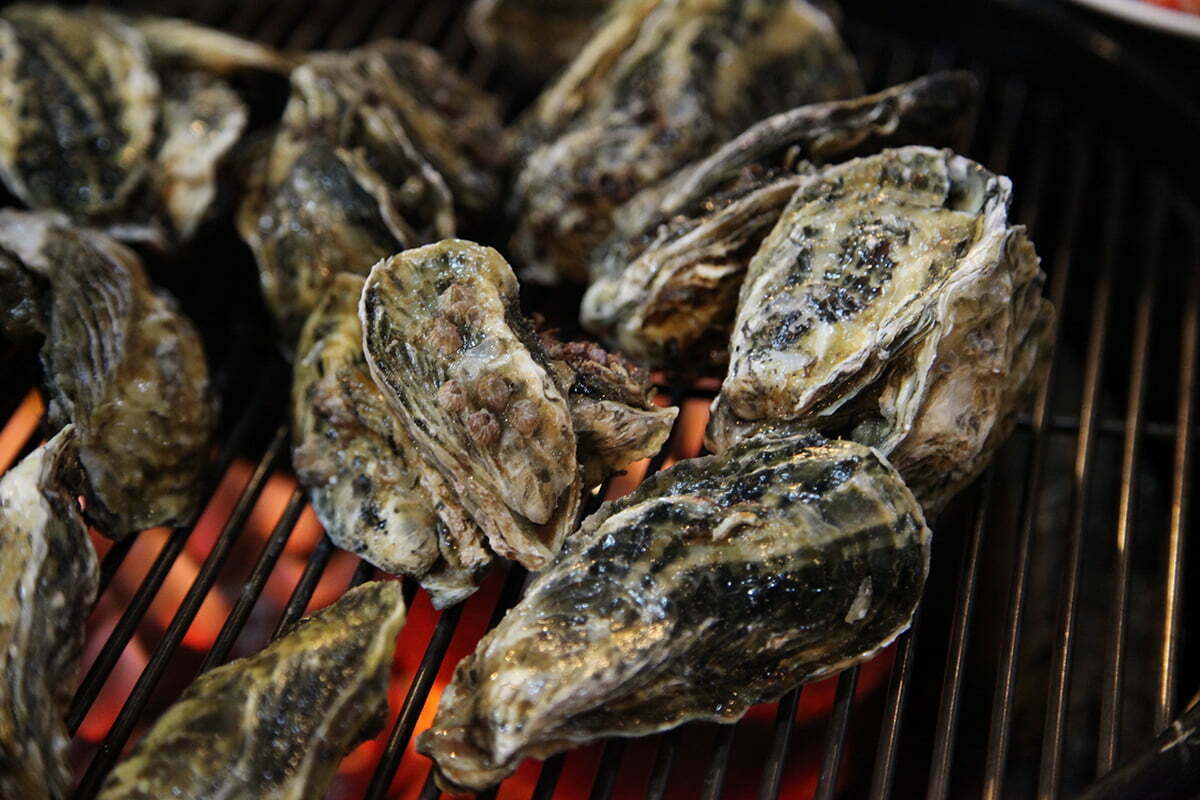 In 1607, just one day after English settlers landed in the Chesapeake Bay, explorers discovered a group of Native Americans savoring a favorite fall tradition, cooking oysters over a fire pit.

The Native Americans fled and the explorers took it upon themselves to eat some of the food left behind. The settlers took what they learned from the cooking operation and for centuries we’ve perfected it as what we like to call an Oyster Roast. Many people want to know how to do an oyster roast…

Here’s How To Have Your Own Oyster Roast:

Estimate that each guest will probably eat two dozen oysters each. Oysters can be purchased a day or two before the roast, but make sure you wash them and either store them in a refrigerator or on ice.

Spread the oysters in a single layer on the sheet metal and cover with two layers of wet burlap ensuring that the burlap is not touching the fire. Although, it is called an oyster roast you are technically steaming them when you cover them with the wet burlap. (*Note: it may take a while to get burlap wet so start soaking it when you start the fire.) You’ll need 4 pieces of burlap so you can always have two soaking while the other two are being used for cooking.

Cook oysters for 2-6 minutes. Since sheet metal will be hot you may need a shovel to bring them to the table.

While roasted oysters are much easier to get open than raw ones, you might still need a few items to make the process easier. You can purchase oyster knives for about $2-3 which help with prying them open. Also, a thick set of cloth gloves will help avoid knife slips or cuts from an oyster shell.