Give Coastal Cookbooks this Holiday Season! We’ve assembled a fantastic selection of Coastal Cook Books by authors from Coastal NC.

These Coastal Cookbooks offer recipes that can’t be found in popular cookbooks or on restaurant menus.

Buy Them Here In The Islands Art & Book Store!

Nathalie Dupree was ahead of the curve eight years ago with her classic book Shrimp and Grits. Now, this Lowcountry comfort combo is found on restaurant menus all around the country–from top to bottom, coast to coast. All-new photography, new recipes from southern chefs, and a fresh design revamp a southern food cookbook for gift giving or one’s own kitchen library.

Nathalie Dupree is the author of 12 cookbooks and a three-time James Beard Award winner–for Mastering the Art of Southern Cooking (coauthored with Cynthia Graubart), Nathalie Dupree’s Southern Memories and Nathalie Dupree’s Comfortable Entertaining. She was awarded the Grand Dame of Les Dames d’Escoffier in 2012. She lives in Charleston, South Carolina.

Marion Sullivan has been the project consultant on cookbooks that include Magnolia’s Southern Cuisine. She is a Post and Courier food columnist and food editor of Charleston Magazine. She lives in Charleston. 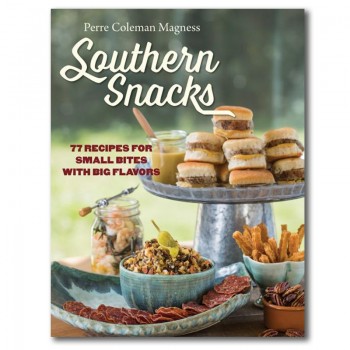 This cookbook is dedicated to the truth that southerners are just as skilled and generous with the snack as they are with their bounteous, overflowing meals. In seventy-seven recipes that range from classic to contemporary, Perre Coleman Magness embraces the southern approach to snacking, including all the small bites you’ll need for any event, whether a football game, a party, or if things are looking down, a funeral. Many of the recipes are inspired by southern community cookbooks, home cooks, and chefs who put new twists on southern flavors.

Highlighting local ingredients and traditional techniques, these snacks–from Fried Dill Pickles with Delta Comeback Sauce to Louisiana’s Natchitoches Meat Pies and Charleston’s Benne Wafers–shine a light on the diversity of regionally distinct southern cuisine. The contemporary recipes work ingeniously with familiar southern ingredients, from Field Pea Hummus and Country Ham Pate to Smoked Catfish Spread and Sweet Tea Pecans. The recipes are enriched with delightful stories and lore, along with thirty-six lush color photographs. Getting together with friends and family? You will never arrive empty-handed again.

Our Family Table: Recipes & Lessons from a Life Abroad

In 27 years overseas I could be said to have eaten my way around the world from the best restaurants in Paris to the smallest Hawker stall in Singapore.  Along the way, I picked up tips and recipes which have been adapted and distilled into my own style, one which we share with our guests at the Carolina Bed & Breakfast as well as with our family and friends. In this cookbook, I am sharing it with you as well. 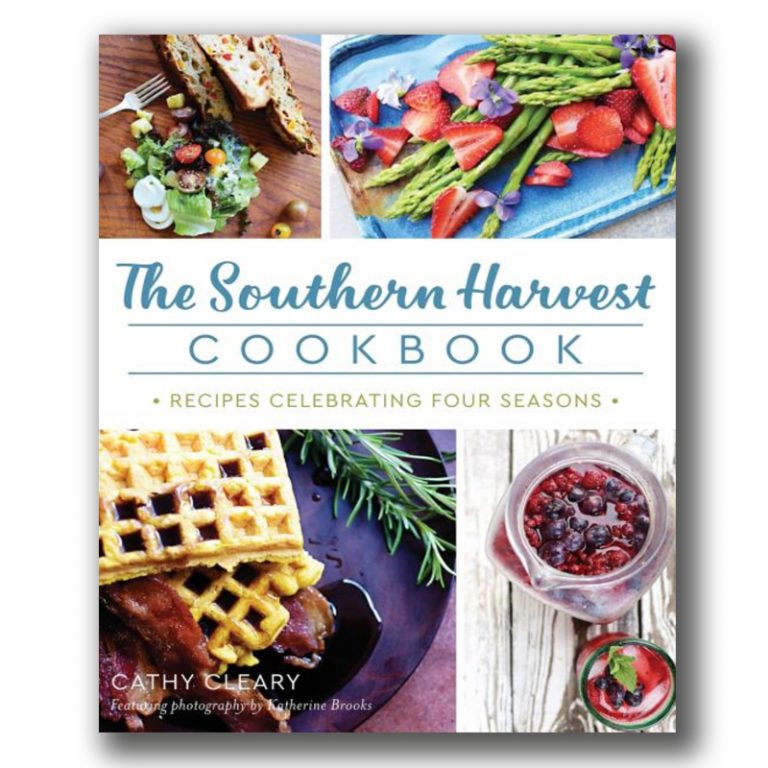 The southern garden produces delights in all four seasons, from asparagus to tomatoes, apples to collard greens. Make use of the bounty of your garden or farmers’ market with new twists on familiar favorites. Recipes for Apple Radish Salad and Bacon Apple Burgers break up a fall parade of crisps and crumbles. Instead of roasting, make Whiskey Braised Sweet Potatoes or Sweet Potato Peanut Stew and add greens to Shrimp and Grits. Recipes for preserving herbs, pickling peaches and berry jams mean that your harvest will never go to waste. Let experienced gardener and cook Cathy Cleary walk you through four seasons of fresh, flavorful cooking.

The warmth of the oven and the smell of fresh-baked bread conjure comforting memories of tradition and place.

Aside from being a staple on every table in the South, these breads and their recipes detail the storied history of the region. Biscuits emerged from Native American and European traditions.

Cornbread, with its vast variety, is a point of debate among Southerners over which recipe yields the most delicious results. The hushpuppy, developed possibly to quiet whining dogs, is a requirement for any true catfish or barbecue meal. 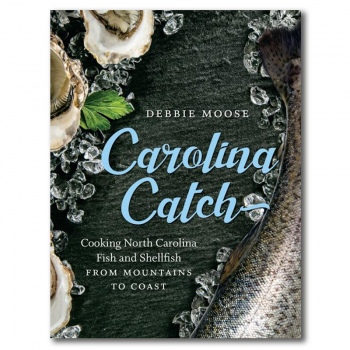 Early in life, North Carolinian Debbie Moose encountered fish primarily in stick form, but once she experienced her first raw oyster and first fried soft-shell crab, their pure flavors switched her on to shellfish and fish forever. Moose has now written the cookbook that unlocks for everyone the fresh tastes of North Carolina grilled tuna, steamed shrimp, pan-seared mountain trout, fried catfish, and baked littleneck clams, to name just a few of the culinary treasures sourced from the waters of a state that stretches from the mountains to the sea.

In ninety-six dishes, Moose shows how to prepare North Carolina fish and shellfish–freshwater, saltwater, wild-caught, and farmed–in both classic southern and inventive, contemporary ways. The book’s Best Basics section provides a much needed one-stop resource for confident selection, preparation, and storage, and the Think Seasonal section offers a comprehensive list with descriptions and peak availability of North Carolina fish and shellfish.

Moose has now written the cookbook that unlocks for everyone the fresh tastes of North Carolina grilled tuna, steamed shrimp, pan-seared mountain trout, fried catfish, and baked littleneck clams, to name just a few of the culinary treasures sourced from the waters of a state that stretches from the mountains to the sea. In ninety-two dishes, Moose shows how to prepare North Carolina fish and shellfish–freshwater, saltwater, wild-caught, and farmed–in both classic southern and inventive, contemporary ways.

In Buxton Hall Barbecue’s Book of Smoke, believers in slow-smoked, old-fashioned barbecue will learn how to build and master their own pit, right at home. Start small with chicken or pit beef and work your way up to a whole hog. If you’re not yet ready for the pit or limited on space, Moss also teaches easy, economical ways to infuse wood-smoke into your food.

Elliott Moss has received national attention for his innovative cooking from the New York Times, Food & Wine, Martha Stewart Living, Southern Living, Bon Appetit, Garden & Gun, GQ, and other publications. He was nominated for a James Beard Award for Best Chef Southeast in 2013. He currently resides in Asheville, North Carolina, where he has been the head chef at celebrated restaurant The Admiral and pop-up restaurants such as Punk Wok and The Thunderbird. He is now the co-owner and head chef of Buxton Hall Barbecue.

The Magnolia Collection weaves a tapestry of recipes for gracious entertaining. Original dishes intertwine with bits of art, “old master” recipes, the bare no time to cook essentials, and selected cuisine from other regions – all lightly spiced with the distinct flavors of the South.

Buy Them Here In The Islands Art & Book Store!