This year’s Kentucky Derby will be held on May 1st, 2021—it will take place on the customary first Saturday in May, and Churchill Downs’ storied grandstands won’t be packed, only operating at a 50% capacity—but “the fastest two minutes in sports” still promises to deliver its usual shot of heart-thumping excitement. Even if you’re not traveling to Louisville for the May 1st race, you can still watch the Derby in style from the comfort of your own living room.

Part Southern tradition, part spectacle, the Kentucky Derby hat parade is much of what makes “The Greatest Two Minutes in Sports” one of the greatest people-watching events in the world!

The long-established fashion was started with Col. Meriwether Lewis Clark Jr.’s vision for the Derby as an event that the high-class would attend, similar to European-style racing events, which mandated full morning dress for men and women. For the first running of the Kentucky Derby, he used high-class women to recruit his target clientele to attend the race. The event quickly became just as much about the fashion as the racing. Going to a horse racing event became an opportunity to show off the latest in spring fashion and women were known to coordinate their hats, dresses, bags, shoes, and even parasols.

The extravagant hats that have become associated with the Kentucky Derby did not really come around until the 1960s, when social fashion norms loosened up and the presence of television gave women a reason to stand out. The hats became larger, brighter, and more extravagant.

The Mint Julep has been the traditional beverage of Churchill Downs and the Kentucky Derby for nearly a century.

Each year, almost 120,000 Mint Juleps are served over the two-day period of Kentucky Oaks and Kentucky Derby weekend at Churchill Downs Racetrack. That’s a feat that requires more than 10,000 bottles of Old Forester Mint Julep Ready-to-Serve Cocktail, 1,000 pounds of freshly harvested mint, and 60,000 pounds of ice.

We’ve included the “Official” Recipe for the Derby Mint Julep:

Pack mint julep cup with crushed ice. In a mixing glass, combine bourbon, syrup, and mint leaves. Lightly bruise mint leaves with a muddler, strain contents into julep cup. Garnish with 3 generous sprigs of mint. *Make sure to slap mint and insert a straw into the ice near the mint.

The Kentucky Derby field walk onto the track and parade in front of the stands with a chorus of thousands singing “My Old Kentucky Home.” Stephen Foster’s 19th-century ballad has been a mainstay at the Derby since at least 1930 and is the official state song for the commonwealth of Kentucky.

The Kentucky Derby was long ago dubbed “The Run for the Roses.” More than 400 of the red flowers are sewn on a green satin blanket and draped around the neck of the victorious horse in the winner’s circle. Churchill Downs records indicate the rose was made the official flower of the Kentucky Derby in 1904, and the garland as it exists today was first adorned by 1932 winner Burgoo King.

Each year, a garland of more than 400 red roses is sewn into a green satin backing with the seal of the Commonwealth on one end and the Twin Spires and number of the race’s current renewal on the other. Each garland is also adorned with a “crown” of roses, green fern and ribbon. The “crown,” a single rose pointing upward in the center of the garland, symbolizes the struggle and heart necessary to reach the Derby Winner’s Circle.

The Kroger Company has been crafting the garland for the Kentucky Derby since 1987. After taking over the duties from the Kingsley Walker florist, Kroger began constructing the prestigious garland in one of its local stores for the public to view on Derby Eve.

This year’s Kentucky Derby is a celebration that’s worthy of the pomp and circumstance since its inception 146 years ago, and after an unprecedented year,  the numerous traditions and sense of pride for this time-honored American tradition mean more than ever. This Saturday, May 1st put on your best derby hat, mix up a mint julep and sing your heart out to “My Old Kentucky Home.”

What is the Summer Solstice?
Beaufort Historic Homes Tour
Operation Bumblebee— The Story of the Topsail Towers
Wild Horses of the Outer Banks 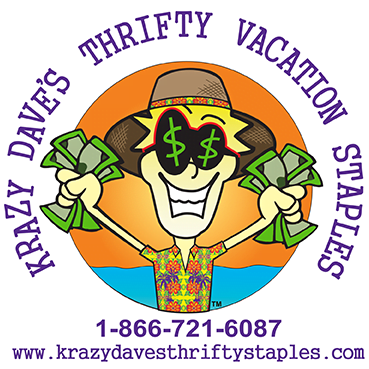